Reversal version of Trailing Take Profit for dropping coins. It used to buy coins at the best possible rate.

To activate it the checkbox "Trailing Buy" should be selected when creating a SmartTrade. Also, the deviation percent should be set. 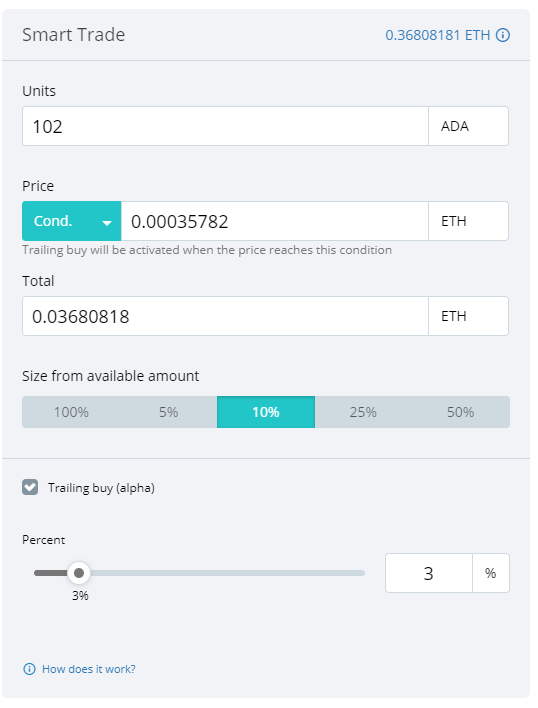 Imagine that ETH is going down. John has $500 and wants to buy ETH at the best possible price. The current ETH rate is $430, John places a Trailing Buy order at $400 and sets the price deviation to 10%. Trailing Buy actions are described in the following table. 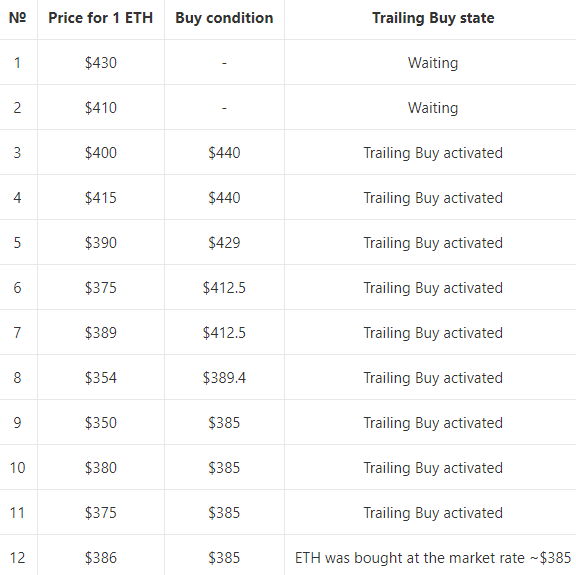 For better understanding, the following example with an animated demonstration can be checked.