Understand the algorithm Grid Bots use to be profitable. Learn how to configure a Grid Bot manually.

Catch every movement in a range

The Grid Bot is designed to catch every price movement in the specified range.

The bot splits the range into multiple Grid Levels and places a buy or sell Limit Order on every level, which allows one to buy every drop and sell every rise.

As the Grid Bot places both buy and sell orders at the same time, it requires both coins from the pair to trade. If you trade BTC against USDT, you need both BTC and USDT.

These are limits of the range where the bot trades.

Let's say the current BTC price is near $7000, and you want to trade $800 range above and below current chart price. 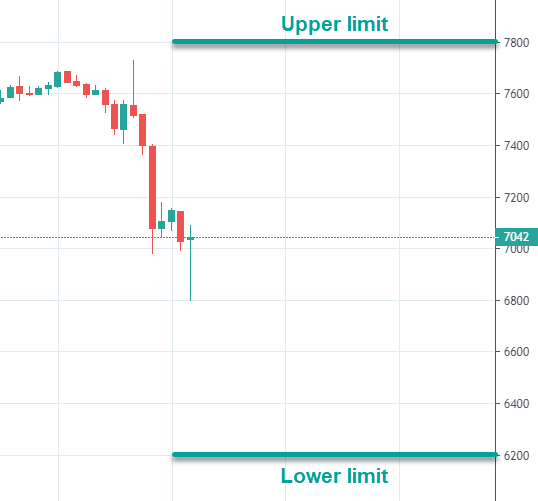 Now the bot needs to split the provided range into multiple levels.

The Grid Quantity setting dictates how many Grid Levels the bot should create. The AI strategy determines the price levels automatically.

It is possible to specify 100 Grid Levels but be warned, exchanges will have different limits for the maximum amount of orders you can create per chart. 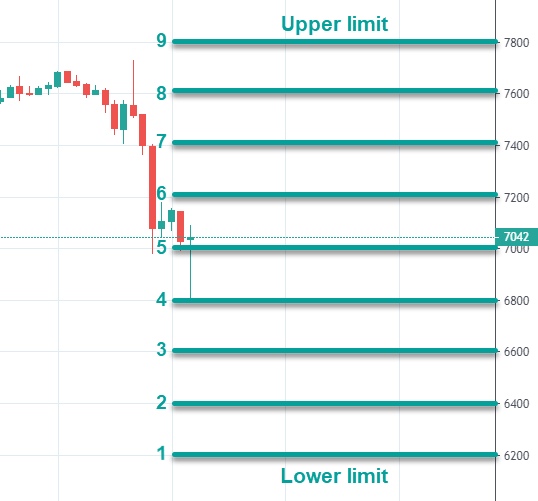 We now have a Grid! Hence the name "Grid Bot"!

Grid Bots don't place any orders for the nearest level to the current price. This is to avoid the bot from buying and selling coins for the same price and incurring a 0% profit trade (in fact it could count as a loss as the trading fees will need to be accounted for).

In our example, price is nearest to Grid Level #5, so the bot removes it.

This is represented on the chart preview as "Waiting". 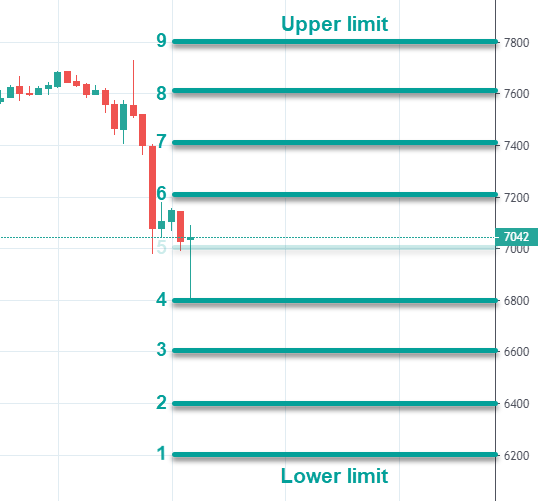 The bot turns all levels below the current price into buy orders and these are represented as green lines on our Grid Bot chart.

All Grid Levels above are painted orange/red as they are all sell orders. 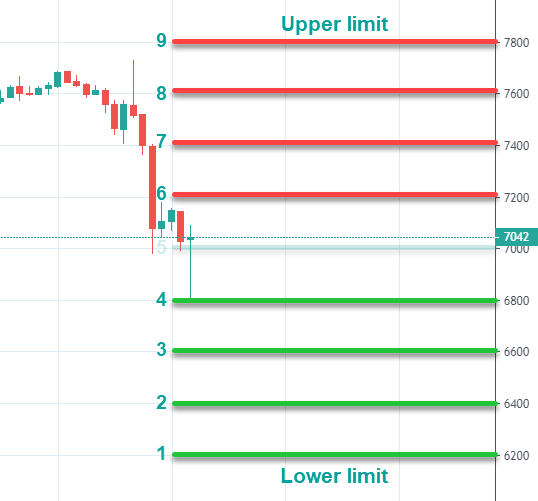 When the price rises

Whenever chart price rises and crosses a sell Grid Level, profit is made as the coin is sold (BTC in our example) as the sell order fills. The bot then places a new buy order one level lower.

Say the price reaches $7200 and fills your order, then the bot places a new buy order at level #5.

Level #6 is inactive now as it's closest to the current price. 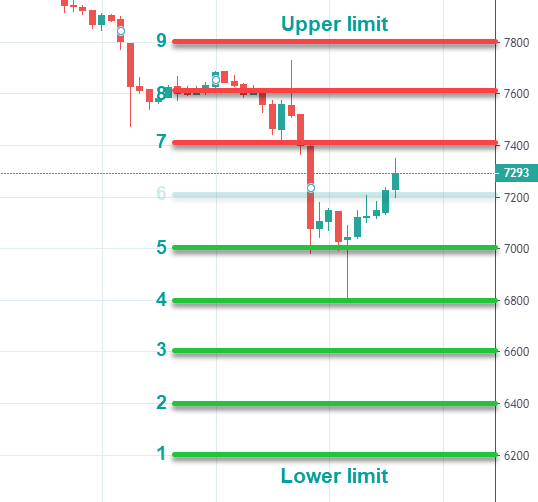 When the price drops

Whenever chart price falls and crosses a buy Grid Level, the buy Limit Order created by the Grid Bot earlier is filled (USDT is used to buy BTC, in our example). The bot then places a new sell order one level higher.

The price reaches $7000 and fills your order, and the bot places a new sell order at level #6.

The level #5 is closest to the current price and inactive now. 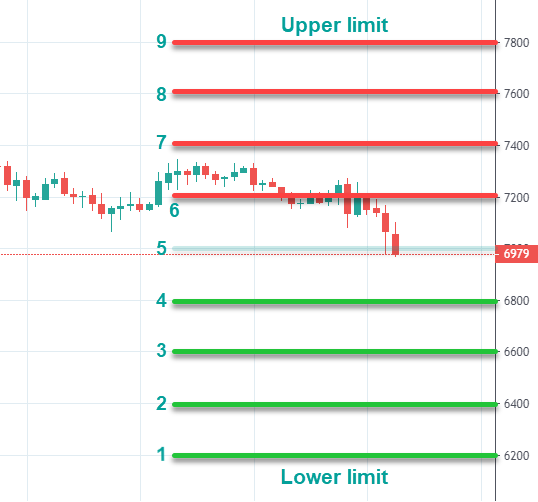 Buying and selling continues until you stop the bot

See the animated example on the GIF below or use this link to open a bigger version.

You can switch to the manual strategy when creating a Grid Bot. 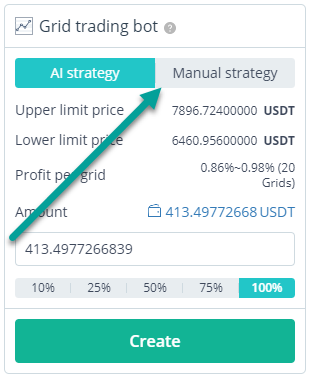 The manual mode allows you to configure all Grid Bot settings: 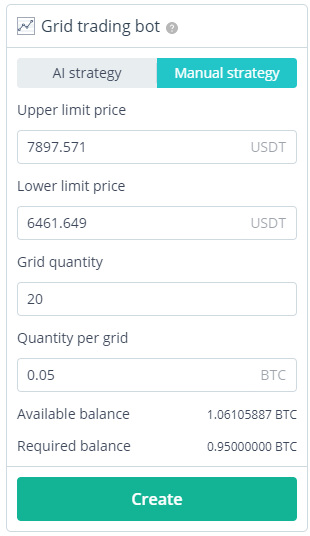 If you wonder why the bot with 20 grids and 0.05 BTC per grid requires 0.95 BTC instead of 1 BTC, it' is because a level is ignored that is closest to the current price. The bot always has one less active order than the grid quantity.