Check your bots and compare results to find better settings.

You improve skills with every bot you make and run. Compare bots to learn even more tricks. A small difference in settings can matter.

Your goal is to learn, not to fear the loss

Try to find how to profit even when the market is red.
Paper trading helps with fear as it involves no real funds. 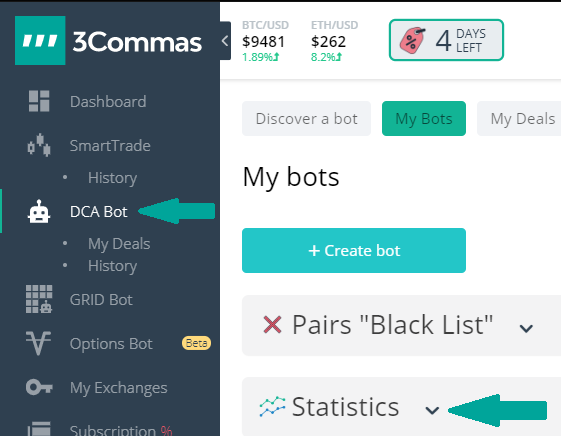 It tracks only closed deals up to a month:

Charts include chosen bots from the active tab. 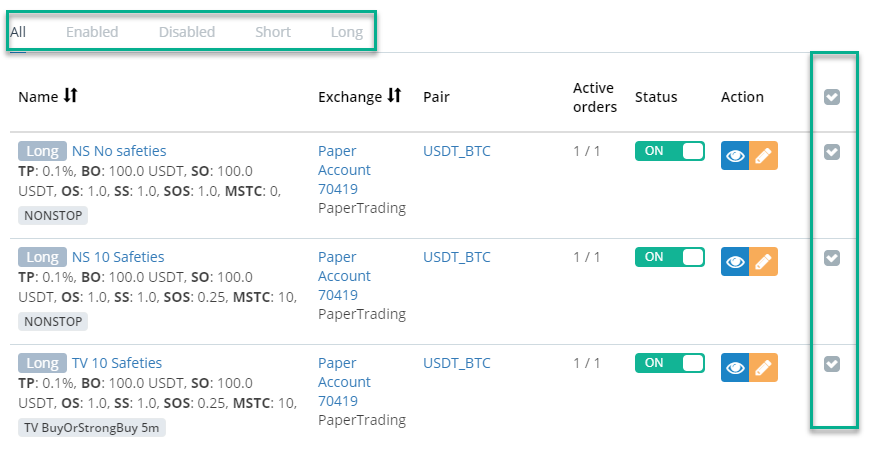 You can check stats bot by bot. 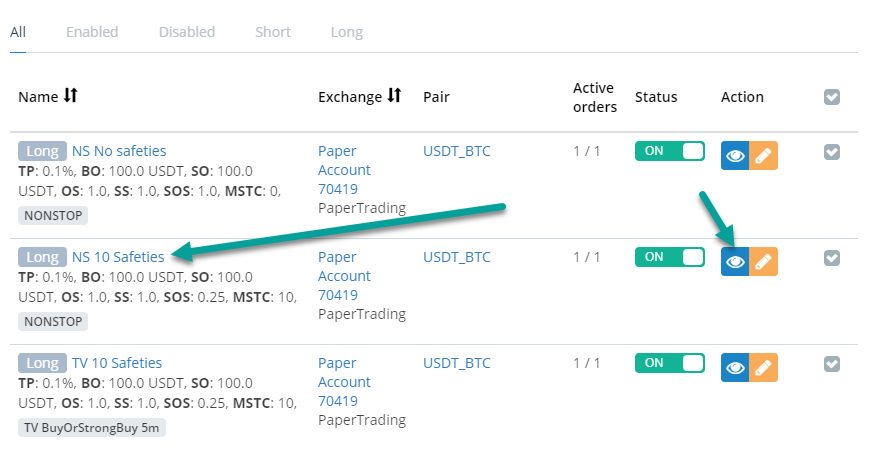 Hide what you don't need

Daily summary profit and profit by days works the same as on "My Bots."

Understand why you have the profit or loss:

"Stats" is handy to compare bots

Some questions to ask:

They are copies, but one has ten safety orders, and the other has no safeties at all.

The first bot closed ten more deals and has much more profits!
TV 10 Safeties can cover the current loss with completed profit: we can take the loss but remain more than $2 profit. We get almost $1 loss if we do the same for bot without safeties. 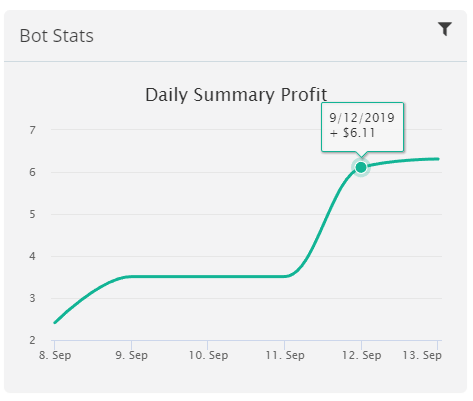 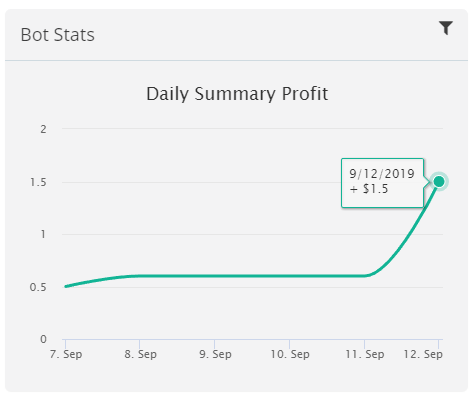 The summary is useful to see when the profit or loss happens. When the bot is stuck or doesn't open deals, you see a flat line on the chart. TV No Safeties held a loss longer. 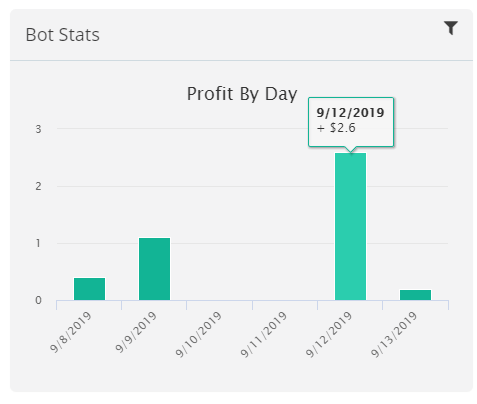 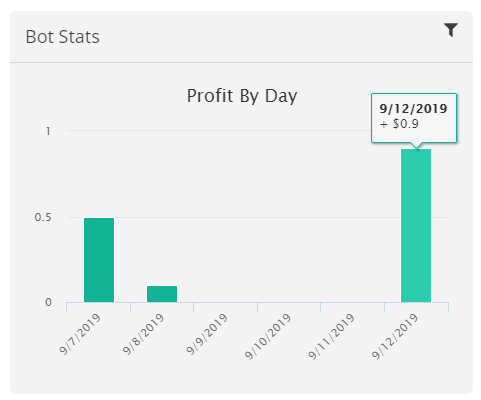 But you can't ignore the fact it requires much more funds. TV No Safeties uses only $100 while TV 10 Safeties needs up to $1100. Sometimes required funds neglect the bot ability to make profits.

Create, run, compare. Alter settings, run then compare again. There's no end. There should be no end. Do it always, and you become a master of bots!